Peel Hockey is an active member of Hockey WA and is the premier hockey association in the South West region of WA. In 2016, Peel Hockey had over 750 members competing in 40 teams registered in men's, women’s and juniors in both the local and metropolitan competitions.

The Association is made up of five local clubs and one school fielding junior and senior teams. The Association has a very successful junior program from Hook in2 Hockey (Kindy to year 4) and School years 5/6, 7/8 and 9-12 competitions.

Club mid-week training commences approx 4-6 weeks prior to the start of the season. During the off-season, there is also a local nine week junior summer competition at the Stadium.

Peel Hockey has developed players that have competed in State and National teams, as well as high level umpires and officials.

Peel Hockey aligns our Vision and Values to Hockey WA as follows:

Lead the sustainable provision, development and promotion of hockey for the Peel community 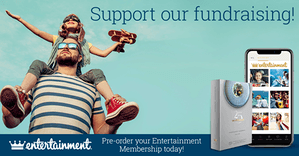